When you enter the gallery on the 2nd floor of the Frazier Historical Museum in downtown Louisville, you immediately notice the sense of cohesion.

The images and objects flow from one room to the next. The color palette is dominated by soft, feminine colors. The silhouettes are clean and classic. The shapes are simple and clear. The embellishments manage to be sumptuous, opulent and understated, all at the same time. And everything looks fresh and current and relevant, especially amazing since the fashion showcased is decades old.

If you set out to imagine the woman who might wear these clothes, you would surely imagine a woman of refinement and wealth. You might guess that these clothes perfectly showcased a striking beauty with eye-catching silvery locks and piercing aquamarine eyes. All those things would be true.

What you might miss is that the woman who wore those clothes was a woman of great moxie.

This collection of beautiful garments belonged to Mona von Bismarck, who was born Edmona Margaret Travis Strader in Louisville, Kentucky in 1897 to a horse trainer and his wife. Mona went on to marry into great wealth and use her resources to build a life of graceful perfection. Here’s my take on Mona’s moxie: 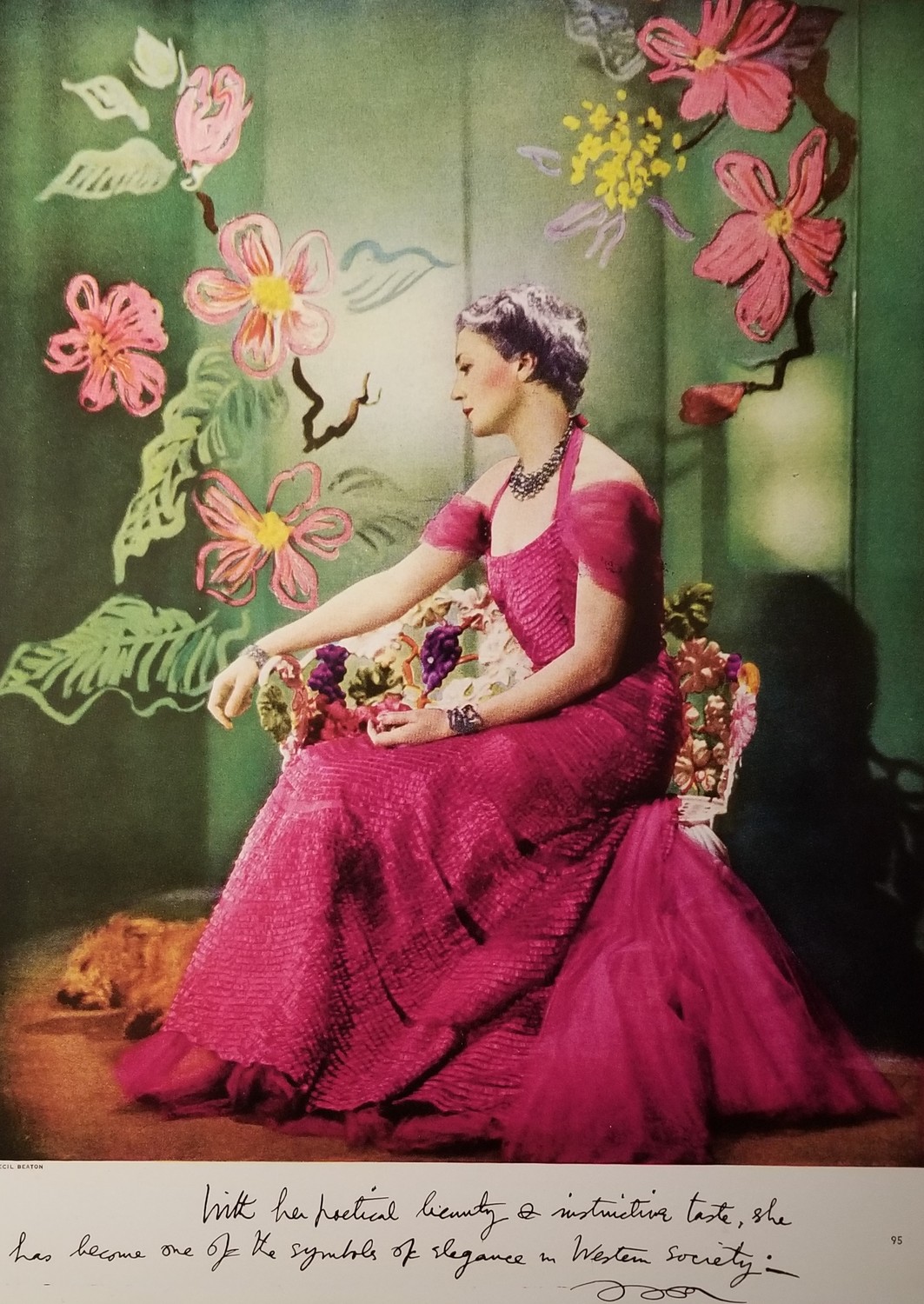 Mona von Bismarck stopped having those thoughts when she married Harrison Williams, the richest man in American, in 1926. Not even the Great Depression could sink the wildly wealthy couple.

“She was really one of the most elegant women you could meet. She was looking at life with a sense of perfection, which meant she was extremely polite, she would interest herself in you, but more in the way you dress, the way you live than what you know. She is one of those they have the means to look for perfection and become close with the creators. It’s like a collector,” says Leslie Caron, a French-American actress and friend of Mona.

She might not have been a creator, but she was a deft curator. Her clothes, homes and gardens showcased her well-cultivated sense of beauty and taste.

But her pursuit of perfection didn’t mean her life was untroubled. Her first marriage, which resulted in the birth of her only child, became abusive and ended in divorce. Her ex-husband, a wealthy and powerful man, took sole custody of their son. Mona’s family, however, loved and supported her through the difficult time.

Her fifth and final marriage likewise ended on a sad note. After her fourth husband, Albrecht Edzard Heinrich Karl, Graf von Bismarck-Schönhausen died, she married his personal physician, Umberto de Martini. After Martini died, she learned that he had been secretly married and had a family with another woman. He had married Mona simply to gain access to her fortune.

Perfection is a noble pursuit, and ultimately elusive. Despite the disappointments along the way, Mona continued to chase after it with gracious gusto.

People with moxie appreciate their roots.

Mona, who was raised by her grandparents in Lexington after her parents divorced, possessed perfect, gracious Southern manners. Her manners were not an affect, but an expression of her values.

Mona was raised to be a gracious Southern woman, and they were lessons she clearly learned well and never forgot. Letters and notes from both the notable and the unknown are among the correspondence and images she donated to the Filson Society upon her death in 1983 at the age of 86. The notes tell the story of a woman who gave thoughtfully and generously, with a sense of genuine warmth and hospitality. Reading the correspondence, it’s clear that what made the gifts valuable to those on the receiving end was the spirit of the giver.

Mona was also a loyal friend. She a devoted patron of designer Cristóbal Balenciaga, a became something of a brand ambassador for him and later also designer Hubert de Givenchy and others. After Balenciaga closed his fashion house, Mona reportedly mourned and refused to leave her room for three days.

People with moxie rarely believe they can go it alone. They surround themselves with people who sharpen and inspire them, and they remember and cherish those people and experiences.

People with moxie define themselves, rather than let others define them. 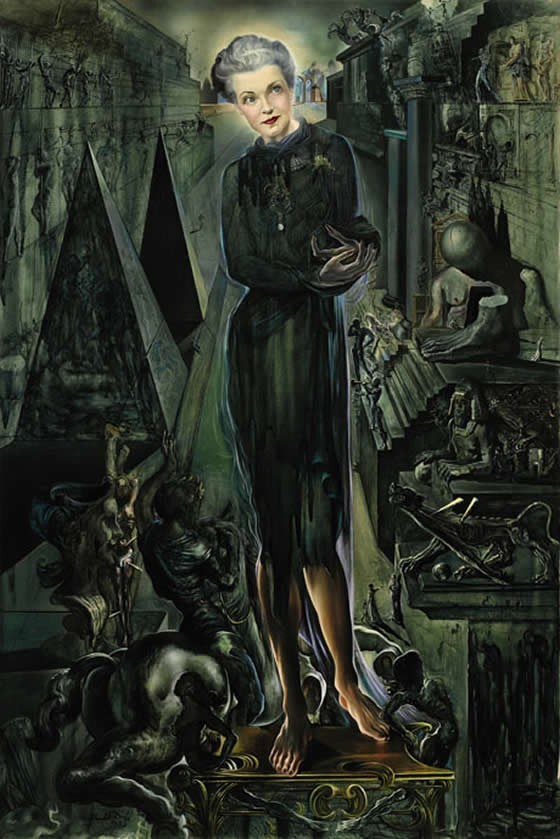 Famed surrealist painter Salvador Dali painted a portrait of Mona. His original rendering showed Mona nude, an interesting choice for a portrait of the first American named the Best Dressed Woman in the World. Displeased, she demanded that he change the portrait. The mischievous Dali obliged, but rather than drape her in couture, Dali showed her dressed in dark, dreary rags.

Even the bleak rags left her beauty undimmed. Despite the condition of her wardrobe, her face remans radiant and lovely.

If I had the chance to interview Mona, I’d want to know what drove her pursuit of perfection.

What would you ask the Kentucky Countess?