Most of us have great stories to tell about our own mothers’ moxie. Like the way she got up before dawn to get you and your siblings up, dressed, fed and safely to school day in and day out for years. The way she juggled soccer practices and dance lessons and made all the games and found a way to get dinner for everyone in between it all. The way she earned that college degree on nights and weekends. The way she launched her own business. The way she fought for that promotion. The way she worked a second job to put you through college.

As moxie as your mom might be, Abigail O’kalani Bowlsbey and Maile Pearl Bowlsbey can probably top any story you might tell.

Their mom was born in Thailand to a Thai mother and American father and moved around Southeast Asia while growing up. She speaks several languages fluently.

Her father lost his job, and the family ended up surviving on food stamps in Hawaii when she was in high school. Her parents walked instead of taking the bus so they could save money to pay for her to go to the University of Hawaii. She graduated and went on to continue her education at George Washington University.

“When I hear from people who are struggling to put food on the table, I understand because I’ve been there,” she says.

Abigail and Maile’s mom joined the ROTC while a graduate student at George Washington University, carrying on a proud family tradition of military service that her family traces all the way back to the Revolutionary War. Her father served in World War II, Korea, and Vietnam, and earned a Purple Heart.

Their mom became a Black Hawk helicopter pilot in the Army National Guard because it was one of the few combat roles open to women. When she got word that her unit was to be called up to active duty in Iraq just after she was scheduled to turn over command and transition to another company, she fought hard to remain with her company, the Mad Dogs, and deploy to Iraq. 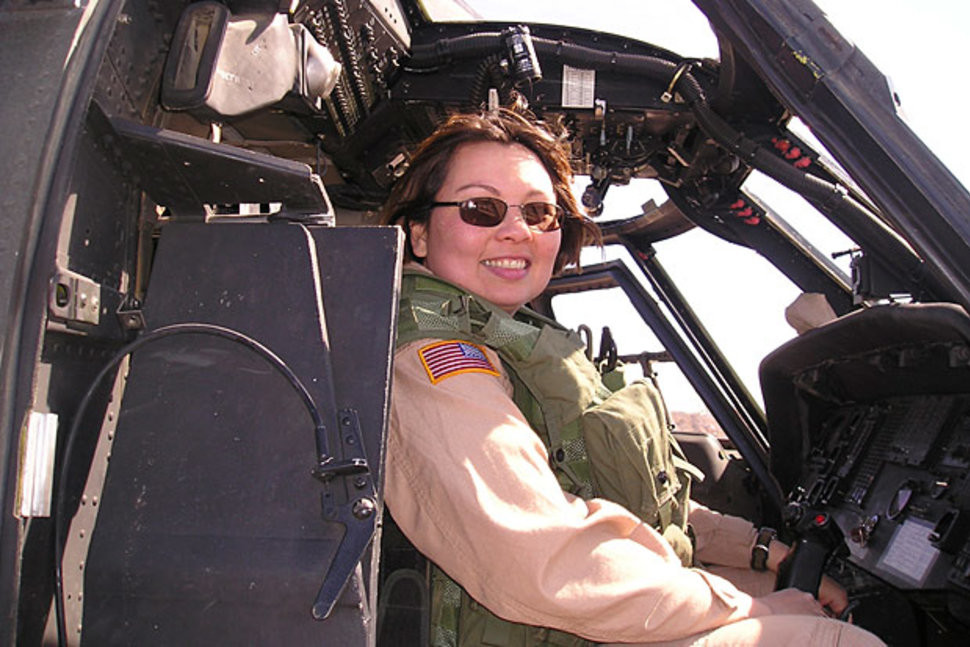 On Nov. 12, 2004, Abigail and Maile’s mom was in command of her Black Hawk, flying low over the muddy Tigris River back to base in Balad, when a rocket-propelled grenade struck her craft and brought it down. She lost her right leg near the hip and her left leg below the knee and sustained significant injuries to her right arm. She became the first female double amputee of the Iraq War and earned the Purple Heart, Air Medal, and Army Commendation Medal.

Her injuries didn’t keep her out of the military. She continued to serve as a lieutenant colonel in the Illinois Army National Guard until her retirement from the Army in October 2014.

And two years after she nearly lost her life in combat, Abigail and Maile’s mom began a new life as a public servant. She served as Director of the Illinois Department of Veterans Affairs, then as Assistant Secretary of Veterans Affairs for Public and Intergovernmental Affairs.

“Sometimes it takes dealing with a disability – the trauma, the relearning, the months of rehabilitation therapy – to uncover our true abilities and how we can put them to work for us in ways we may have never imagined,” she said. 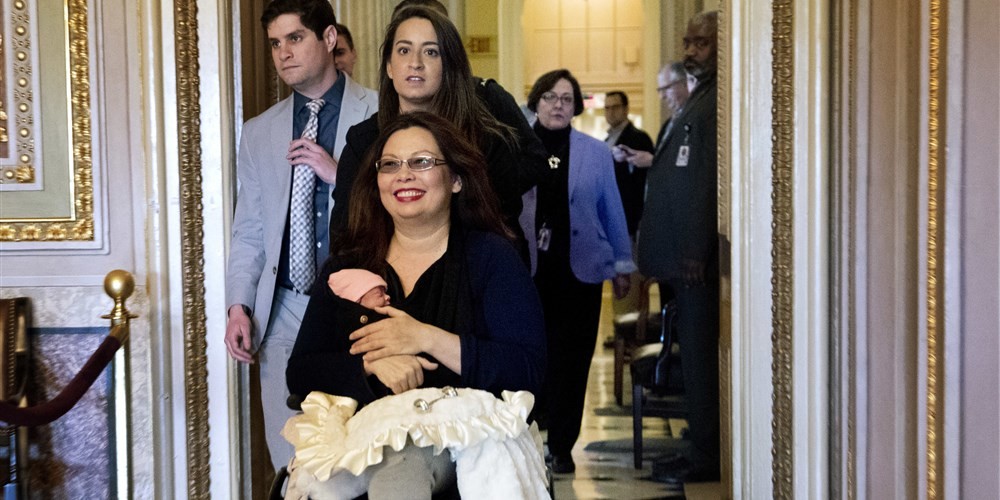 In 2014, she gave birth to Abigail, and two years later was elected to the U.S Senate. Two years later, she became the first U.S. Senator to give birth while holding office when she welcomed a daughter, Maile. Just weeks after Maile was born, she fought to get permission to bring her infant with her to the floor of the Senate, and Maile became the youngest person to ever grace the floor while in session.

Along the way, Abigail and Maile’s mom stared down racism and sexism. She overcame challenges related to navigating the world on not one but two titanium legs. She disarmed with the occasional off-color joke and sharp wit.

Who is Abigail and Maile’s mom? You probably know her as Senator Tammy Duckworth (D-Ill.), and she’s one moxie mom.